Running to Catch Up!

It has been a busy few weeks.  Yarndale came and went in a flash, and I failed to photographically record any of it!  The weather looked very kindly on us for Yarndale, and the folks came out and supported it well.   It was lovely to be back in Yorkshire, and we did have time for a trip down memory lane through the Dales.  We spent a year living in Thirsk many moons ago, and I have always loved the Dales.

It was the first outing for Trailer too, and it worked really well.  Although seeing it next to some of the bigger lads in the Yarndale paddock was a little comical. 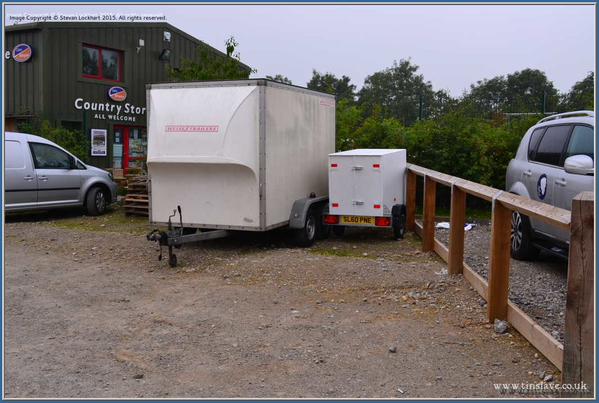 We were no sooner back from Yarndale and it was straight back to work, making final preparations for the 2015 Glencanisp Retreat.   By about 4.00pm on Monday 5th, everything was in place.  The bedrooms were ready:

The fire was laid in the lounge in case of a cold snap:

and the front door was open waiting for everyone's arrival: 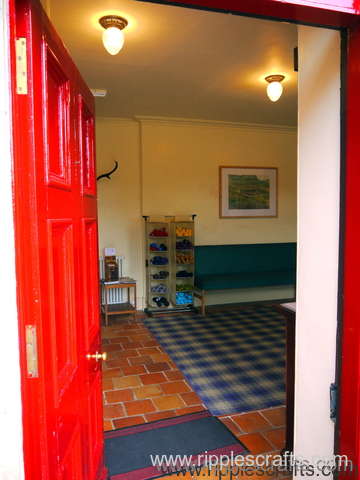 As has happened on all the other retreats I've organised there was knitting, and laughter, and knitting, and eating, and talking, some crochet, some spinning, no weaving (!), and laughter.  Old friendships were renewed and new ones formed.  It was fabulous.  And the weather co-operated fully this year.  We even managed to get in a walk without returning soaked to the skin! 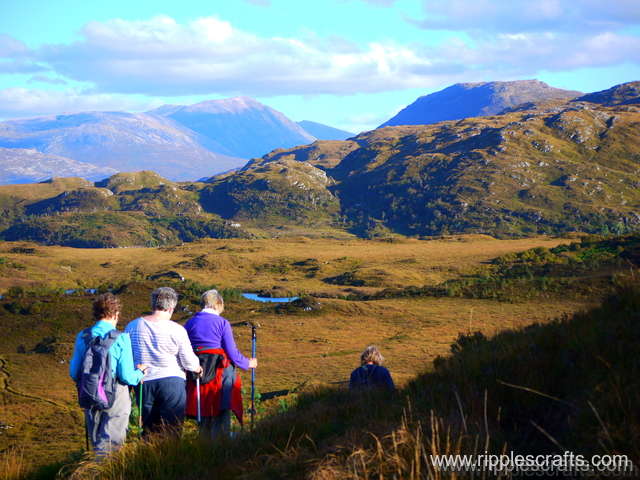 It was a lovely day for a walk around the Little Assynt Estate. 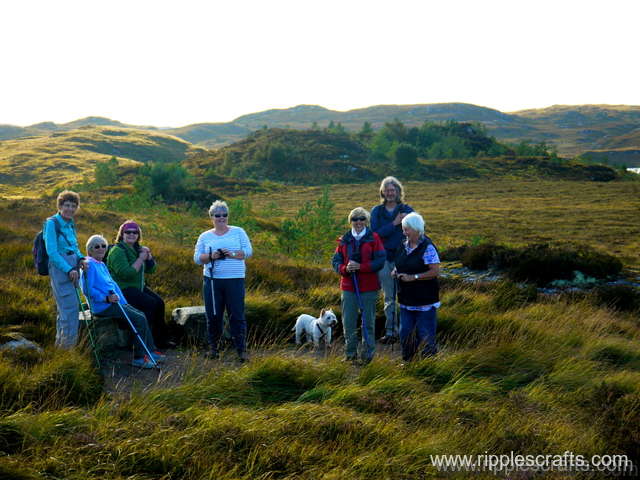 We were even fortunate enough to get a glimpse of the Aurora Borealis one evening.  We were surrounded by trees and hills, so our view wasn't quite as good as the view Stevan got from home, but we did see some curtains in the sky which was a real treat.  The view over Stoer was spectacular, and Stevan managed to capture it well - we were all a little envious when we saw his photographs: 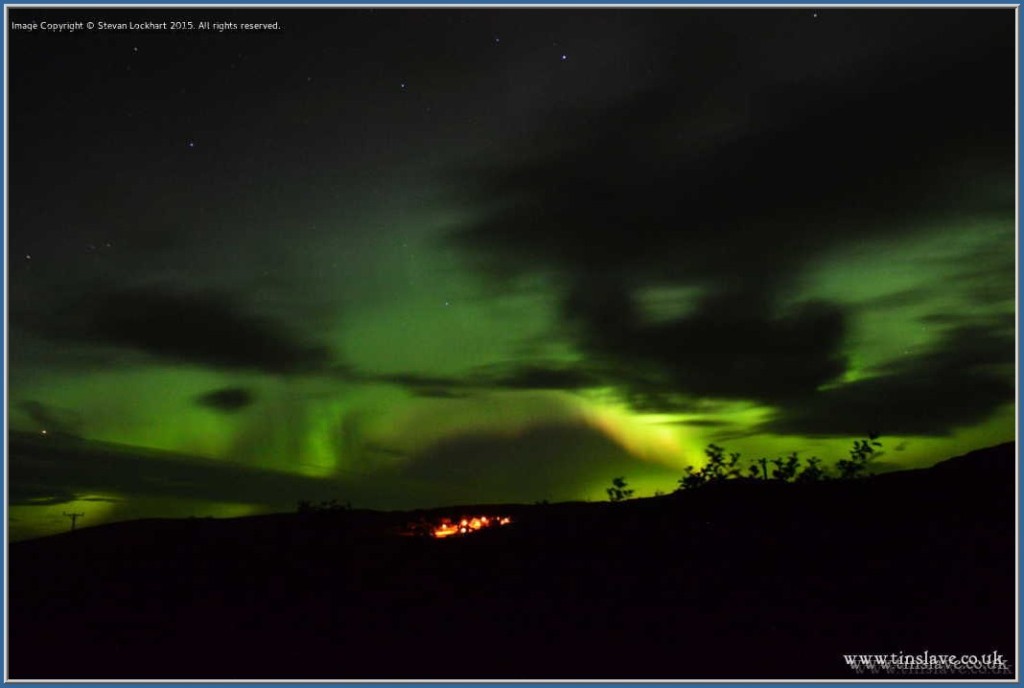 All too soon it was time to bid farewell to everyone, and the line of shoes at the door disappeared pair by pair as folk headed back home. 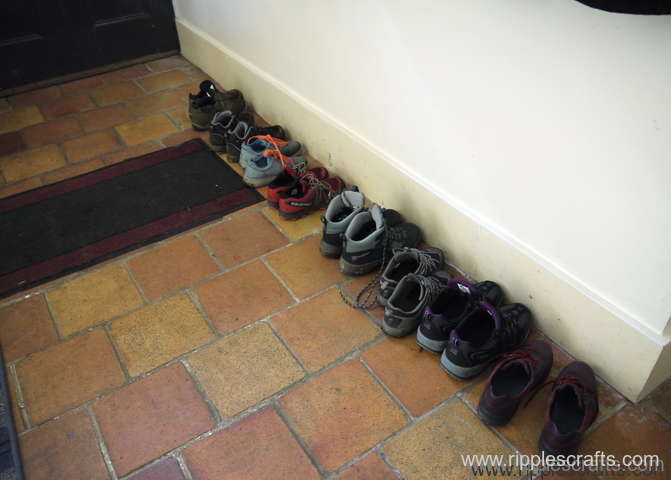 Thank you to everyone who came and who made it what it was.  And a special thank you to Lizzi and Lindsay for catering for us again on such a fabulous scale.  There were a few things I didn't capture on camera, and I think it is perhaps just as well.  If I say "Knitting Haka" and "Knitting at Glencanisp - the Opera" ........

I'll leave you with a few pictorial memories of the peace and beauty that surrounded us at Glencanisp Lodge. 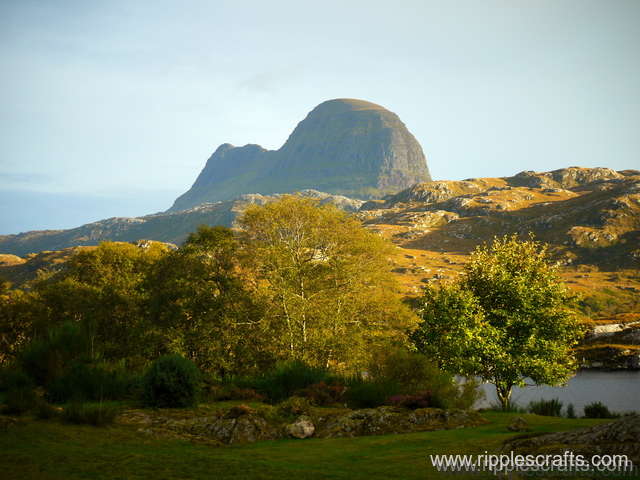 The view from the front door[/caption] 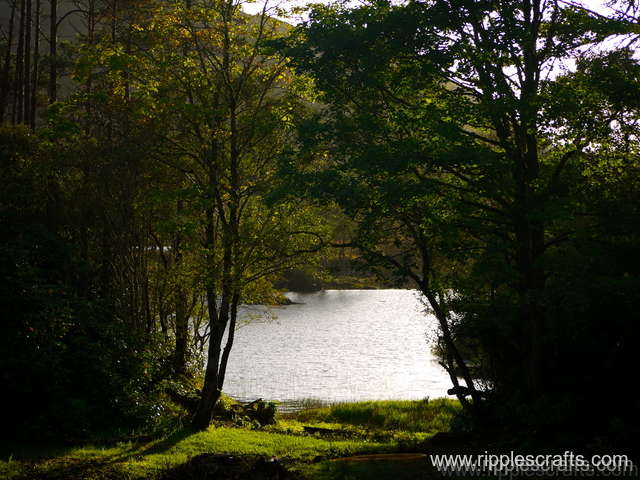 Views offering peaceful contemplation, if you want to escape the laughter[/caption] 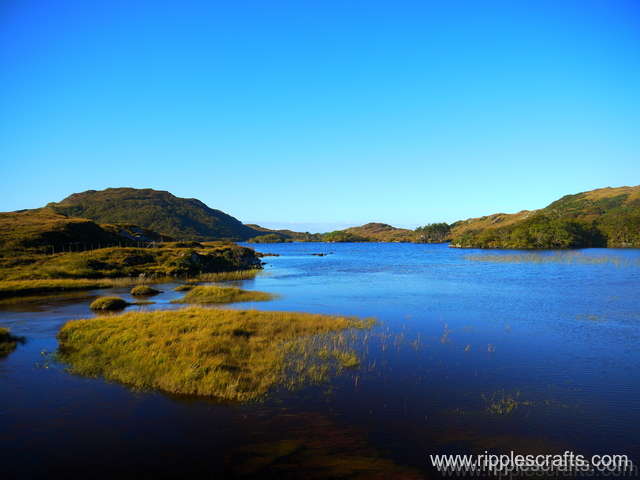 The weather treated us so kindly this year[/caption]